Donato (Danny) Pietrodangelo was born in New York City and now lives in Tallahassee, Florida. Pietrodangelo, who received a Bachelor of Arts and Master of Science from Florida State University, studied photography from childhood under the direction of his father, a freelance photographer. In addition, he has pursued independent study on the history of color photography at the George Eastman House, International Museum of Photography.

He has been in group exhibitions in Scotland, the former Soviet Union and throughout the U.S. Pietrodangelo’s work has been awarded, honored and published.

He is a past recipient of an Individual Artist Fellowship from the Florida Fine Arts Council in conjunction with the National Endowment for the Arts. His work is included in the permanent collection of the Florida Capitol, AmeriSouth and in numerous private collections. In addition, Pietrodangelo’s work has been featured in various publications including Creative Camera (London), Exposure, Journal of the Society for Photographic Education (SPE), Modern Photography, Popular Photography, Sunday Woman, Caribbean Chronicles (Trinidad), Art Voices South, Florida Magazine, Florida Architect, Maine Life and others as well as other national and international publications. 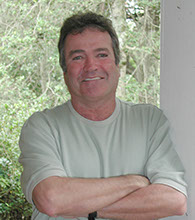